Thanks for supporting independent publishing! We ship via USPS Media Mail. 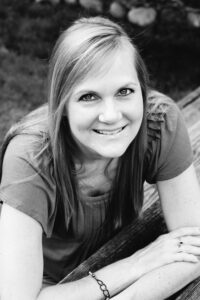 After years in the corporate world, Barbara found herself with a second chance to decide what she wanted to be when she grew up. Her lifetime love of books and the written word returned one answer: writer. Drawing from her experience with technical writing, she began by writing non-fiction magazine pieces and achieved both regional and national publication. Her success encouraged her to complete a novel. She learned much from her first manuscript, critiques, books, contests, and blogs. Barbara has a few other novels in the works, including a Thunderstone sequel. If she’s not reading or writing, she likes to walk, garden, and sew. She works in a library and lives in Royal Oak, Michigan with her husband, daughter, and their cat—who often acts like a dog. Find Barbara at facebook.com/barbara.pietron.19.

What inspired you to write?

Good books. I’ve been an avid reader my entire life, and after reading a really great story, I’m always overcome with a sense of awe and appreciation for the person who had these ideas and took the time to put them down on paper for me to enjoy. To me, to be able to do that, to transport a reader out of their everyday dullness or struggles, that is a worthy occupation. It’s my turn to give back.

I became a Stephen King fan when I was thirteen and his books continue to amaze me. Everything by James Rollins is awesome, including his Wit’ch series (The Banned and the Banished) written under the name James Clemens. Some of my recent favorite YA books are Reckless (Cornelia Funke), Stork (Wendy Delsol), and Everbound (Brodi Ashton). When I want to kick start my creativity, I read Rachel Caine—both her Weather Warden and Morganville Vampires series, Kim Harrison’s The Hollows series, or one of Patricia Briggs’s Mercy Thompson novels.

In your bio you mention a Thunderstone sequel. Is there a series? Tell us about the next book and/or the series.

Yes, Thunderstone is the first book of a series concept that I came up with after spreading my dad’s ashes in the Mississippi Headwaters. The idea is that Jeni and her family gather periodically at various locations along the Mississippi River to follow her grandfather’s journey into the afterlife. At every gathering Jeni runs into some kind of spiritual threat. But each time, since the threat comes from a different culture, she discovers she can touch all of the spirit worlds. Unfortunately this doesn’t give her any clue to her ancestry, and she needs to discover her heritage in order to put a stop to the continued spiritual attempts to kill her. In the next book, Jeni brings along her best friend Carolyn and another friend, Chris. Ice also joins the family and I think they’ll all take a river boat cruise in northern Iowa, where they’ll end up in an Irish-settled town. This time the danger stalking Jeni stems from Irish/Celtic lore.

What kind of research do you do to write your books?

I read a lot of books on mythology to fuel my imagination. For Thunderstone, I found an amazing book by Theresa S. Smith called The Island of the Anishnaabeg: Thunderers and Water Monsters in the Traditional Ojibwe Life-World. The author lived among the Native Americans gathering information on their beliefs. If, like me, you’re fascinated by Native American ideology, I highly recommend reading her book. I’ve also done extensive research on the Mississippi River and the towns and interesting sites lining its banks.

Have you written anything outside this series?

Yes. I’m currently editing a novel called Escaping Fate about a sixteen-year-old boy who belongs to a sect of mystics. He sees an opportunity to earn his place in the sect by rescuing a classmate that’s gone missing. He knows this means literally going to hell and back, but he’s a spiritwalker, and if he succeeds, he’ll get everything he thinks he wants. I’ve also written a first draft of a story about a society where a person’s status is dictated by their name. The main character agrees to switch names with a girl she meets in the hospital as both of their parents are dying. Years later, getting caught with someone else’s name becomes a crime punishable by death, but one of the girls has died, leaving the protagonist in fear for her life. The current title for this novel is What’s In A Name.

Where or when do you get your best ideas?

I do a lot of plotting in the shower. More than once I’ve exited the bathroom quickly to find a pad of paper and a pen to capture my thoughts. When I get stuck with something I’ve worked on earlier in the day, I go back to it mentally as I do the dinner dishes and mull it over. I specifically remember coming up with the Princess Itasca scene from Thunderstone while washing dishes.

What is your writing style? Are you a planner or a pantser? What’s your editing process?

Mostly a pantser. I make a few notes as ideas occur to me, but primarily I write and see what develops. When I finish the first draft, I let it “age” and move on to other things. Months later, I read the story and then lay out the story elements in a rough structure to ensure consistency, pacing, and clarity. Next I edit until I think it’s ready for my initial readers.